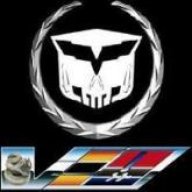 A Michigan State trooper pulled a car over on US 23 about 2 miles north of the Michigan/Indiana State line. When the trooper asked the driver why he was speeding, the driver said he was a Magician and Juggler and was on his way to Ft. Wayne , IN to do a show at the Shrine Circus. He didn't want to be late.

The trooper told the driver he was fascinated by juggling and said if the driver would do a little juggling for him then he wouldn't give him a ticket. He told the trooper he had sent his equipment ahead and didn't have anything to juggle. The trooper said he had some flares in the trunk and asked if he could juggle them. The juggler said he could, so the trooper got 5 flares, lit them and handed them to him.

While the man was juggling, a car pulled in behind the patrol car. A drunken good old boy from Michigan got out, watched the performance, then went over to the patrol car, opened the rear door and got in. The trooper observed him and went over to the patrol car, opened the door asking the drunk what he thought he was doing.
The drunk replied, 'You might as well take my ass to jail, cause there ain't no way I can pass that test.'
Snake Bit Super Chilled XLR-V aka Elwood (Jake's brother)
Currently 510rwhp and 546TQ at 6000RPM so far...final goal 575/550
ELWOOD - "Corvette in a Tuxedo... with a Jet Pack"

"If and when you start making bigger power, you will find you will do things less "Your way" and more the "right way" or you will spend a lot of time making repairs you can avoid."
You must log in or register to reply here.