I have a 2009 XLRv and I am getting the above warning on the LED panel. It first happened last year and I took the car into the local dealer service and after having it for a day and running a half of a tank of gas through the engine at idle, they gave the car back to me with a bill for $160 along with their apologies.... they were stumped!

I took the car and after spending a week fooling around with it, I decided to replace the battery. Presto! The message went out and everything went back to normal.
Now the message has returned and also the AC has stopped as well. Unlike before, I can turn the message off with the Reset button but that is the extent of the cure.

Has anyone encountered a similar problem and can enlighten me? Because the AC has ceased to work I either have to get a kit to charge it or take it back again to my local dealer and hope that he has a new tech in the service area.

I'm assuming your last year trip to the dealer was a Cadillac dealer service department? Since they were 'stumped' on the last go-round, I think I would find a Chevy dealership that sells lots of Corvettes, or a independent shop which specializes in Vettes, and let them track down your problem with a Tech who works mainly on Vettes. Those Techs are usually the best wrenches that the service departments have and are more familiar with the workings of these cars. Just my opinion....

Yes it was a Cadillac dealership. Your suggestion is a good one and I will pursue it. 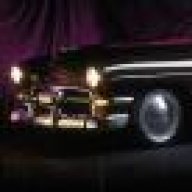 I received this message a couple of years ago. My dealer determined it was a faulty thermostat... replaced it and have had no further incidents.
[SIGPIC][/SIGPIC] 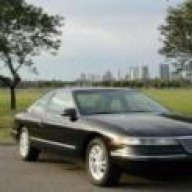 Pull the ECM fuse under the hood, fuse #11 for 15 sec. and problem fixed. Mine does 2 or 3 times a year and will not go away till you pull the fuse. Dealer says it a ecu glitch and they can re-program it for $200. Mine says engine hot and A\C off .Fan is running at full speed but engine is NOT really hot.
Last edited: Mar 25, 2020
You must log in or register to reply here.

B
Parking on an uphill incline