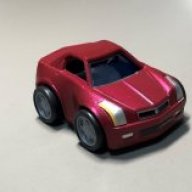 Tomorrow, I’ll get after it with more troubleshooting, but thought I’d throw this out there in case anyone else has seen and solved it. There is going to be too much info in this post because I don’t know what is relevant and what isn’t.

I haven’t been driving the car much and the battery was dead (Optima yellow top.) After fully charging it, I went for a nice drive. About 15 minutes in, I smelled something hot like hot rubber or such. With the top down at modest speeds, I wasn’t sure if it was the car I was following so I pulled over in a parking lot to check. None of the tires were hot and I didn’t smell anything under the hood or around the car.

I didn’t smell it after that. Awhile later, I noticed the seat seemed too far back but, you guessed it, the power seat didn’t work. When I got home, I looked in the manual for the fuse and found it was shared with the steering wheel tilt and power top controller. You guessed it (again) neither worked.

Here’s what neither of us guessed. That 10A fuse was not blown. I also confirmed that there is voltage on both sides of the fuse, so it isn’t a case if a bad fuse that looks good.

So, dead battery from not being used and no maintainer. Hot smell that may not have originated in the car. All the features on a common fuse don’t work, but there is voltage on the fused side of the circuit.

It seems very unlikely that any short circuit would damage a wire after the fuse box without blowing a 10A fuse. The 30A upstream fuse under the hood is good and would have to be since the voltage is making to the 10A fuse downstream.

I know where I’m going to look next, but like I said, I’m putting this out there hoping it’s been seen and solved already.
H

A 10A fuse does not blow at exactly 10A. It is a complex formula that includes time and ambient temperature. Fuses are great at protecting from massive over current faults but not so good at protecting against faults closecto the ratings of the wiring.. It is entirely possible that you have a low resistive fault, most likely under the power seat that overheated some wiring. Check for chaffing on the under seat wiring.

Sent from my SM-N975U using Tapatalk

An update, but not a solution yet... Power all checks out, but there is an intermittent connection under the seat that I assume is ground. It's on the connector near the center of the seat on the floor. Fortunately, I was able to wiggle it around and get the seat controls working or I never could have removed the seat for service as it was fully back with no access to the back mounting nuts. While it's out, I'll do something about the sloppy wobble in the track.

Source of smell and fault located, looking for the cause now. Probably a chafed wire somewhere. On the fence whether to replace the contacts. I pulled both out and they aren’t damaged, but the heat can take the spring out of the socket and make them loose and resistive.