A few months ago I began to have periodic starting problems on my 2006 XLR. It frequently wouldn't start although the starter would crank. Once it started, it would run fine until the next time I stopped. I had a few mechanics look at it and they couldn't figure out what was wrong. I finally broke down and took it to a dealer who had a mechanic who has experience with these cars. He ultimately diagnosed it as a bad fuel pump. For a couple thousand bucks, he replaced the pumps and sensors in both tanks (all with OEM parts).

When I got the car back it seemed to run fine for a couple of days, then it began doing the same thing... cranking but not starting. However, EVERY time it would not start, I could connect a jump box to the battery and it would start first time and run rock solid until the next time I stopped. Then about half the time it wouldn't start again until I put a jump box on it when it would start right up again.

I recently got frustrated and took it to a different Cadillac Dealership. They are diagnosing it as a bad fuel pump again, but I don't believe it. The probability that they are serially installing one bad fuel pump after another seems slim. Plus it doesn't explain why it will always start with a bit more power from a jump box or how it will fun perfectly and indefinitely once you do get it started.

One more thing... I've put a couple of different batteries in it thinking maybe a dead cell or bad battery. It currently has a nice Odyssey battery that tests perfectly. so that doesn't seem to be the problem. 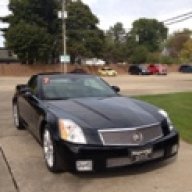 I haven’t experienced this but sounds like a corroded connection some where. This is the same fuel system as the C5 so maybe do some search on the vette forums for similar problems.
M

yep. check out those 2 ground wires on the frame at the rear behind the tire. Almoste everyone I have looked at is corroded . take them off clean the m and install a serated electrical lock washer. 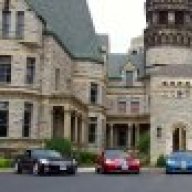 You should search the site, but I believe there is a similar post and indicated the ground directly from the starter to the chassis was the culprit. Please post your results so we can all learn from this one.

Behind the tire? or between the door and the tire? There was another thread here about one there I thought..


mickeytee said:
yep. check out those 2 ground wires on the frame at the rear behind the tire. Almoste everyone I have looked at is corroded . take them off clean the m and install a serated electrical lock washer.
Click to expand...

the ones I see are behind the rear tire
You must log in or register to reply here.