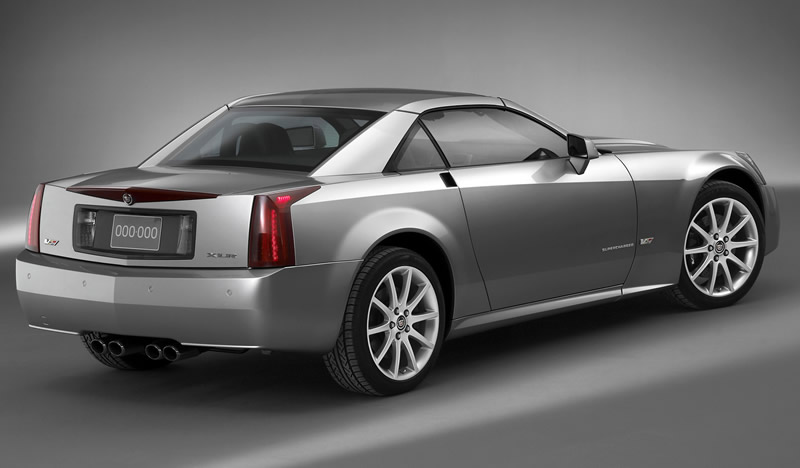 Motor1 out of Canada, a part of the Motorsport Network, recently published an interesting article on the 2004 – 2009 Cadillac XLR being one of the worst sports cars.

While the article does state some some good qualities of the Cadillac XLR, I’m not entirely sure I agree with the negatives they outlined.

Basically, they chastised the car for being too heavy, coming in at 3,840 pounds versus 3,241 lbs for the C6 Corvette which it was based off of, and a poor performer when compared to the C6 Corvette.  While this may be true, the Cadillac XLR was never meant to be an exact replica of the C6 Corvette with a Cadillac body.  It wasn’t built to take on European competition like Ferrari and Porsche, or meant for the track.  It was a luxury cruiser.

While the aluminum retractable roof may have contributed to much of the excessive weight of the XLR, again, making the XLR as lightweight as possible wasn’t high up on Cadillac’s priority list.

Luxury comes at a price – both in the wallet and in the weight.

While final production numbers fell much shorter than GM’s 5,000- 7,000 per year projections, it’s our opinion here at the XLR Net, that the Cadillac XLR failed in the market because GM’s Marketing Team failed at marketing the car.  In the waning years of production, the XLR was rarely ever seen in magazines or TV ads.  Combine the lack of marketing with a much higher than necessary entry price, the Cadillac XLR died a slow, agonizing death thanks to GM’s short-sightedness.

Putting all that aside, we appreciate GM being brave enough to bring such a revolutionary Cadillac to the market for the time.  While the automotive media may not appreciate the Cadillac XLR, we do appreciate what the car is and what it was built for.

It’s a comfortable, fun to drive, convertible sports car that was meant to draw new customers into the Cadillac fold by showcasing a sporty, luxurious edge to a brand that was always associated with gray-haired grandparents.  A light weight, track attack, Porsche eating sports car was never in the equation for the XLR.

In any case, enjoy the article linked below:

Chime in with your thoughts in the forums >>>