"Cadillac could return to the American Le Mans Series in 2009 as part of a major reorganization of General Motors' sports-car attack over the next two years.

Cadillac last competed in the series with its Northstar prototype in 2002. Its return hinges on Chevrolet graduating from the GT1 class to prototypes with a Corvette built to the new Le Mans LMP evo rules (Competition, Nov. 5). Cadillac then would move into GT1 or GT2 with a fixed-roof version of its XLR roadster.

Cadillac withdrew recently from the Speed World Challenge (Competition, Oct. 29) because the CTS-V it campaigned for the past four years is out of production. A 2009 XLR entry would make sense because it would co-

incide with a facelift of the roadster. A move into GT racing would be relatively simple for Cadillac and Pratt & Miller, which masterminds all of GM's major road-racing campaigns. The XLR borrows heavily from the road-going Corvette and uses the same chassis.

A GT entry could be as straightforward as fitting the existing Corvette C6.R race car with new bodywork and a race version of Cadillac's V8 engine. A GT2 program could benefit from the Corvette being developed for that class by Riley Technologies (Competition, Oct. 15), which has close links with GM and Pratt & Miller.

GM Racing's official line is that all of its racing operations are up for review. A final decision on the Corvette LMP evo project is expected within a month; an announcement might come at the same time as Chevy confirms its return to GT1 in 2008."

Does anyone know something more about this? It's an article from Autoweek.

I heard about this the other day, but I haven't been able to find any other reference to it or more information than what was published in AutoWeek.
Rob Loszewski, Owner & Site Administrator
XLR Net

Cadillac to return to Le MansCadillac and Chevrolet will return to racing at Le Mans next year.

The announcement was made of Friday by GM Raceshop, the company overseeing the American marque’s motorsport’s activity.

GM vice-president Arv Muller said the decision to rejoin sportscar racing outside of the USA was because of the Cadillac’s and Chevrolet’s global expansion. He said it ‘made sense’ to increase its motorsport activity and increase its worldwide image.

GM stressed that the next year’s race will not be a one-off, but that it would mark a new chapter in the company’s racing pedigree.
Click to expand... 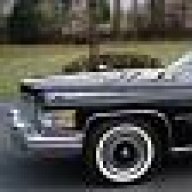 Great Idea GM,
Corvette could now step up into ALMS prototype class, where Cadillac was, and work toward that ultimate Corvette model,
(a few could afford to buy).
Reskin the C7Rs as XLRs (they really are the same car sortof)

and dominate both ALMS GT-1 & GT-II classes with a Cadillac Northstar engine in one pair and a LS7+ engine in the other pair.
That would get the attention of those hi level $$ executive potential customers, and move them from the CTSv into the XLR.
The cadillac prototype racecar never interested the "right" customer anyway
You must log in or register to reply here.

News: Cadillac XLR: One of the Worst Sports Cars?