Cadillac DPi-VR & WTR make it 5 in a row

In the second road course of the series in the streets of Detroit; the home of Cadillac; the Taylor brothers made it five wins in a row. After wrecking the car in practice on Friday afternoon; the Wayne Taylor race team spent all night repairing the car to make the Saturday start. Having to start at the back of the prototype field, it only took Ricky Taylor about 30 minutes to put the number 10 Konica Minolta Cadillac DPi-VR in the fourth position. From that point they used their driving skills and strategy to move into the lead with less than 23 minutes remaining in the race. From that point on, they never looked back.

The boys now jump on a plane and head to France, to join Corvette Racing for the 24 hours of Lemans. Good luck Ricky and Jordan! 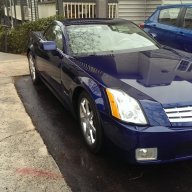 Looking forward to 24hrs of LeMans. Had the opportunity to go to one with General Motors. Also had the opportunity to attend the Goodwood Festival of Speed..... Two highlights of my career in aviation....
Last edited: Jan 6, 2022
You must log in or register to reply here.