UPDATE ON MY 2006 AND DEALER FIASCO

Middle of January I get a call from Sterling McCall Cadillac about my XLR that's been there since January 2019.
In essence, they said we can't fix it, come get it, and bring our loaner back.
So we go up there a couple of days later. Talk to the 3rd service manager since last year. They have no idea what's wrong, they give up. I negotiate the total price of the work that was done that I took it in, I call for AAA to pick it up there the next day and that's that. They had done over 12000$ worth of work with nothing to show for it. I certainly didn't pay that amount.
I have the car delivered to a local shop in town for them to give it a shot, along with the receipt from Sterling McCall showing what they had done. I left it there with the understanding that the manager would look at it as time permitted. I figured it would be a slow process tracking down shorts or miswiring since Sterling McCall had pulled the engine out last May.
He got to it today. I received a call from him around 11am to come to the shop. Apprehensive I was. When I arrived, he had it in a bay, with the motor running and a TECH II connected. He then proceeded to tell me when he started it up, the TECH II wasn't making a connection with the EBCM. He then checked under the hood and saw some bare wires twisted together. Upon further checking underneath there was a plug disconnected and several more bare wires twisted together. After reconnecting everything he tried the TECH II and it made the communication with the modules that showed several codes. He cleared them, shut down the car, then restarted with no more codes showing. I took it out on test drive and when I sped up to 50 mph, the ABS and Traction Control lights came on, but the car itself drove like it should. We didn't check the codes, but we're fairly certain that a wheel speed sensor might be bad. At any rate, we're on the right track. I'm going to drive it for a couple of days to see if anything else pops up, then it's going back to the shop to track down the DTC's.
I've attached the pictures of the wiring that the dealer butchered up. This has been a nightmare for over a year, but I'm seeing the light at the end of the tunnel. Once everything is done and working correctly, I'm sending a blistering letter to the BBB, Cadillac, and any other consumer advocates that I can find.

Ummm ... forget not being an XLR tech and not knowing how to fix XLR’s - whoever did that doesn’t appear to know anything about repairing ANY kind of car.
[SIGPIC][/SIGPIC]
yep, I drive a hybrid - a V8 bred for high speed!

Yep, a high school shop student could have done better

You have a perfect case for the cunsumer protection office, visit their site of your area and get to know your right and what they can do for you.

Contact the dealer principal of this Cadillac dealer by FAX only, asking to get an agreement on a fair understanding between you and its dealership, for the unfair treatment received.

Build a file for each communication that you doing with him such copy of the faxes photos, conversations etc , if the dealer principal is a fair person he will communicate with you his will and his no will…. this would produce your file.

The justice is going with facts, if you get in front of a juge your documents are on what he will take his decision.

Try that before a lawyer, you will safe money, you have….already spend to much for this XLR.

If it fail, GM has the responsability to give a fair service to the Cadillac owners New or Used cars, get your file to them, you could be surprise of the result as your file looks like of a car sabotage and malice.


It is my suggestion.
​
Good luck

and If I remember they claimed to have to pull the engine for a dropped bolt. I dropped more than my share and have always been able to retrive them. I wonder what bolt they dropped? That's just a stupid repair for a stupid reason to take the engine down.

Rex,, I feel bad about the 1 1/2 year lost use of your car and the frustration you have endured during this cluster-f#$% ordeal.
Since the dealership provided you a loaner during this long situation, I doubt approaching dealer management will provide any satisfaction towards
refunding what you paid them after negotiating a figure to get the car released back to you. But,,, approach them and ask for a refund. After they show you the front door, I would contact a local TV station that does investigative reports to assist consumers in disputes. More people watch TV news than read BBB reports so at least you will have someone backing you. No business owner wants to see or hear about a very negative report about their company on the local TV news.

I've heard a few bad dealership stories before but yours is definitely the worst one. Glad to hear your XLR is "on the road" to recovery. What's the name of the shop who was able to troubleshoot the issues in an hour?
I

Why not, a tv covering to get involve, people love shows and that could create a huge pressure on the dealership.

The Dealer Owner depend of its employes and he is responsible for the training of them, 3 service managers were replaced since, that indicate the lack of their professionalism .

The justice ( I believe) would not accept that a consumers gets treats the way Rexster was.

The dealership has given a temporary vehicule ( fine ) that was the dealer decision and that expenses of it are not Rexster resonsability.

GuitarSlinger said:
I've heard a few bad dealership stories before but yours is definitely the worst one. Glad to hear your XLR is "on the road" to recovery. What's the name of the shop who was able to troubleshoot the issues in an hour?
Click to expand...

It's been a nightmare. I'm getting Check ABS light and Stabiltrak light over 45mph, but the driveability is perfect. It's going back to the shop on Wednesday for more trouble shooting. But in the meantime, we're back to having fun on the road 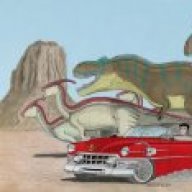 Having an amazing diagnose guy is what makes my shop different. . . . He don't work on much, but when he does - it's the only work I will stand behind


I would hand that stealership their ass. . . . That's redicilous
I

In reference to the '' headlights replacement '' thanks for reading this thread.

Can I ask you what perticular item of it that you have not like.

Your proper way to see it, would be appreciated in order to improve my suggestions in order of trying to solve that perticular problem.

Democraty is the best way to have thing to go forward.

UPDATE: 6-6-20
I knew when I took the car in to the local shop it would be placed on a lower status. That's the way things work. My mechanic has been putting it through some testing, test driving with a TECH II attached. Everything indicates that a wheel speed sensor is bad, but then a Service Transmission Module pops up. I'm inclined to think it may be a grounding issue since the subframe was dropped from the car body. Any rate, he's so backed up with real money making work he hasn't looked at my XLR for a couple of weeks, so I picked it up to just drive it until he gets caught up and has a stall available again. When I get behind the wheel, all thoughts of getting rid of it goes out the window. It's such a joy to drive. And STILL gets great comments from the public. And if I keep it below 42 mph, I get NO Service lights.

Rexster back in his XLR for the coming months and more.

Glad for you rexster, enjoy the coming months in driving your XLR

Rex,,, Glad you are at least able to drive and enjoy the car now, although with those upsetting thoughts still stuck in your mind while out cruising.
Keep it under 42 mph while the other Cadillacs pass you buy Just claim you are a senior driver with poor eyesight and that Texas MVD has
a speed governor attached to your car.
Its amazing you didn't experience a heart attack while going through this Cad dealership's 'lack of providing quality service' on your XLR.
Think I would file a Small Claims Court case to get what money you paid that dealership refunded......better yet, I'd like you to appear on
Judge Judy's court show

I'll stick with my previous suggestion > get a local TV station involved which has a 'investigating news segment crew focused on consumer issues with businesses'.
[SIGPIC]http://www.xlr-net.com/forums/attachment.php?attachmentid=6664&d=1473338578[/SIGPIC]
J

"What were they thinking???" Did you think the additional wires, splices, and bare conductors were some attempt at an experimental "work around?" Lord knows, these sophisticated electrical systems are not intended to be experimented with by a "hammer and chisel" mechanic. When you wrote that the service manager's job had been rotating, that is a very bad indication for the "health" of that dealership-- and a "signal failure" for that franchise with corporate GM. You're likely among many with serious complaints.
You must log in or register to reply here.