DETROIT -- General Motors says it will eliminate eight nameplates by 2012.

But determining which vehicles will go isn't as simple as finding eight sales duds in GM's lineups. GM will kill more than eight vehicles -- while adding several others -- by 2012.

GM did not release a list of nameplates to be dropped. But potential moves include dropping GM's compact pickups, the Chevrolet Colorado and GMC Canyon; two Cadillacs and several others. The Chevrolet TrailBlazer and Uplander already were on the hit list.

So what nameplates face extinction?

GM already has said it is exploring the sale of Saab and Hummer. In addition, it is reviewing the fate of Saturn. The brands may be sold. If not, the brands are likely history, and so are their models. Saab has three nameplates, Hummer two and Saturn has five -- that's 10 nameplates gone.

Cadillac likely has at least two nameplates on the extinction list, the DTS sedan and two-seat XLR. U.S. sales of the $85,000-plus XLR totaled a measly 1,151 for the 11 months through November.

The DTS and Buick Lucerne sedan share a front-drive platform, slated for extinction by 2012. But Buick could receive a full-sized, rear-drive sedan from GM's Holden subsidiary in Australia, which assembles the Park Avenue for China. There have been hints that GM may add a smaller sedan for Buick.

Pontiac will be a "specialty/niche brand with reduced product offerings," according to the document GM submitted to Congress. Pontiac's biggest-volume nameplate, the mass-market G6, would appear to be on the chopping block. Ditto for the two-seat Pontiac Solstice, a Saturn Sky clone. Likely candidates for survival include the G8 rear-wheel-drive car and possibly the Vibe compact.

But as GM chops nameplates, other nameplates will be introduced. Among those already announced by GM that will debut by 2012 are the Chevrolet Camaro, Cruze and Volt. The Cruze will replace the Cobalt, for example.

GM will introduce a yet-to-be named mid-sized crossover for GMC. Cadillac also has penciled in a rear-drive sedan that is smaller than the CTS.
Rob Loszewski, Owner & Site Administrator
XLR Net

I have no doubt that we have seen the end of XLR, so if you gottem enjoy em or store em away and wait for that 25 year mark. Geez Louis, I won't even be here. Now I'm sad
DRIVE IT LIKE YOU STOLE IT [SIGPIC][/SIGPIC]
Standby( Ichiban BB) 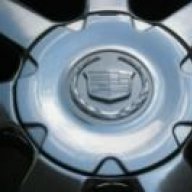 Too bad for the XLR fans and that includes me.

Projecting that this recession will last well into 2010 I think the XLR will be gone. The CTS-V coupe is appealing enough that I don't think they will lose any customers by dropping the XLR. Sad

Any guesses on 2009 sales numbers

Jetboy said:
Projecting that this recession will last well into 2010 I think the XLR will be gone. The CTS-V coupe is appealing enough that I don't think they will lose any customers by dropping the XLR. Sad

Any guesses on 2009 sales numbers

What about us convertible people, what will we do??? I don't want a Benz. Jag has a soft top.

PassionDiva5150 said:
What about us convertible people, what will we do???

So unfortunately, at this point, I'm not sure what the total number is for 2009 XLRs built.
Rob Loszewski, Owner & Site Administrator
XLR Net

"Let your plans be dark and impenetrable as night, and when you move, fall like a thunderbolt." - Sun Tzu
L

The sales ratio of the XLR doesn't really look out of balance - sales on all models have been down. The Corvette has almost the same percentage. I would think that as long as the Corvette is being built that the XLR line could stay .... Any rumors on suspending the Corvette builds???

Well, that would make Mark happy, but I'm not really a Corvette person, although, I do have to admit our Corvette tracked and handled much better that our XLR does.