WASHINGTON (AFP) - President-elect Barack Obama said he opposed bankruptcy for the Big Three automakers but vowed to maintain government pressure on their management to restructure in return for a taxpayer bailout.

In an interview aired Sunday on NBC program "Meet the Press," Obama said the " collapse" of General Motors (GM), Ford (F) and Chrysler was occurring with credit markets frozen, so court-supervised bankruptcy was not an option.

"That means we're going to have to figure out how to put the pressure in the same way a bankruptcy court would...but do so in a way that allows them to keep their factory doors open," he said.

Some of Obama's Democratic allies in Congress want a government-appointed " auto czar" to oversee a bailout, with former General Electric boss Jack Welch among the names floated.

The president-elect said he wanted a supervisory process that would keep the companies' "feet to the fire."

But while accusing the Detroit giants of making "repeated strategic mistakes" down the years, Obama said, "We don't want government to run companies.

"If taxpayer money is at stake," he added, "we want to make sure it is conditioned on an auto industry emerging at the end of the process that actually works."

Leaders in Congress and White House officials said Saturday they were reaching the outlines of an agreement to loan at least $15 billion as a lifeline to keep the automakers afloat, half what the firms had sought.

The bosses of GM, Chrysler and Ford, which together employ millions of U.S. workers, last week warned Congress of their industry's imminent demise if lawmakers and the White House did not strike a compromise on rescue funds.
Rob Loszewski, Owner & Site Administrator
XLR Net 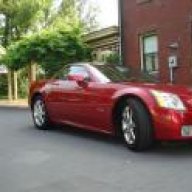 The best solution is to let them all file bankruptcy. That way they can restructure from the ground up and ALL jobs at all levels will need to more more competitive. The money the US will give them is not enough and will not last they will be back for more. The employees are going to be laid off either way. It is a move sideways at best and less risky to pay the unemployed and retrain them for other jobs then to bail the companies out and not get paid. Any other other company in the US would not get help. Why them? The housing industry employs a whole lot more and they havent even mentioned asking for help. We need seperation of private sector and govt. at this rate we will all be socialized in short order. jim f

This is a letter to the editor in the Fresno Bee yesterday. It does make you stop and think. The Cadillac/Chevy store down the street from us, is now closed on Sundays. That is unheard of in this area. All the stores are open 7 days a week.

Diva, I read that early this yr and there the proof. Greed always looses! jim
You must log in or register to reply here.

GM goes from bad to worse despite Obama bail

GM, fallen symbol of U.S. might, files for bankruptcy