Wagoner will arrive for hearings in a Volt

Wagoner will arrive for hearings in a Volt

General Motors CEO Rick Wagoner will make a visible attempt to impress lawmakers with GM's technology tomorrow morning. He will drive from his hotel to the Russell Senate Office Building in one of GM's prototype electric-hybrid vehicles.

The prototype vehicle, or "mule," has the Volt's powertrain inside the body of what will be the Chevrolet Cruze, said a GM spokesman.

"A significant component of our (turnaround) plan is the work and introduction of new advanced technologies and vehicles," said Greg Martin, GM spokesman. "This is a very compelling example of what's to come from General Motors."

"It sends a very strong message that our viability is based on new energy saving technologies," Martin said.

Michigan lawmakers are expected to be on hand when Wagoner arrives at 9:30 a.m. Wagoner will have a short press conference before walking to the Capitol to testify before the Senate Banking Committee. GM seeks $18 billion in government loans.
Rob Loszewski, Owner & Site Administrator
XLR Net 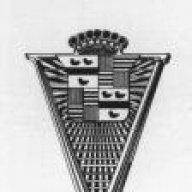 The Chevy Volt is NOT an electric/hybrid vehicle.....it is powered by electricity only. It does have a small gas engine designed to CHARGE the batteries when the electric range limitations have been exceeded. The Volt never RUNS on gasoline.

It's nothing more than a stage show.

I didn't even know that they had a running model yet, boy they must be working 24/7 on that one at double time pay.

mswaim said:
It's nothing more than a stage show.

DRIVE IT LIKE YOU STOLE IT [SIGPIC][/SIGPIC]
Standby( Ichiban BB)

I'm curious as to how the Volt is getting from Detroit to Wagoner's hotel in DC...
Rod
aka mt

mtrocket said:
I'm curious as to how the Volt is getting from Detroit to Wagoner's hotel in DC...
Click to expand...

To the best of my knowledge, it was driven with him in the passenger seat.

"Let your plans be dark and impenetrable as night, and when you move, fall like a thunderbolt." - Sun Tzu
You must log in or register to reply here.