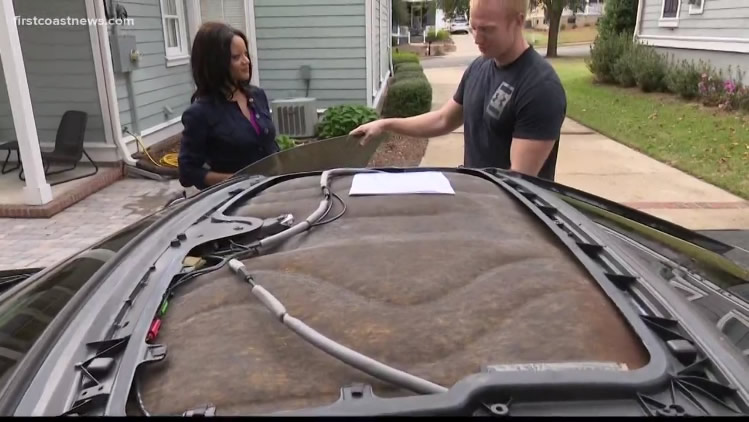 In August of last year, we reported that a 2005 Cadillac XLR owner in Florida, was driving down a back road when the roof on her XLR flew off.

Last week, another 2005 Cadillac XLR owner in Tallahassee, Florida ran into the same problem as he was driving his XLR down Interstate-75 in Georgia.

Brad Yates, the XLR’s owner told First Coast News that the roof was completely sealed shut as he was driving. He had been driving for a few hours when he started to hear excessive road noise coming into the cabin and then a loud bang as the roof separated.

“Instantly, it was like all the windows were rolled down,” Yates said. “You never think that a structural component of the car is going to fly off while you’re driving down the road.”

Yates pulled the XLR over, pulled out his phone and began to inquire about the issue on Google. He was amazed to see how many complaints and posts had been made by owners with the same issue.

The National Highway and Traffic Safety Administration has recorded six other instances of Cadillac XLR roof delamination issues, however, no recalls have been issued thus far.

If you’re a Cadillac XLR owner and you’ve had issues with roof delamination on your XLR, we want to hear from you: