Life is tough for some...

ARE WE THE ONES WHO ARE AGING??


Recently, when I went to McDonald's I saw on the menu
that you could have an order of 6, 9 or 12 Chicken McNuggets.

I asked for a half dozen nuggets.

'We don't have half dozen nuggets,' said the teenager at the counter.
'You don't?' I replied.

'We only have six, nine, or twelve,' was the reply.

'So I can't order a half dozen nuggets, but I can order six?'

So I shook my head and ordered six McNuggets

(Unbelievable but sadly true...)
(Must have been the same one I asked for sweetener, and
she said they didn't have any, only Splenda and sugar.)

PUT HER THINGS ON THE BELT CLOSE TO MINE. I PICKED UP ONE
OF THOSE 'DIVIDERS' THAT THEY

KEEP BY THE CASH REGISTER AND PLACED IT BETWEEN OUR
THINGS SO THEY WOULDN'T GET MIXED.

After the girl had scanned all of my items, she picked up
the 'divider', looking it all over for the bar code so she could scan it.

Not finding the bar code, she said to me, 'Do you know how much this is?'

I said to her 'I've changed my mind; I don't think I'll buy that today.'

She said 'OK,' and I paid her for the things and left.

She had no clue to what had just happened.

A woman at work was seen putting a credit card into her
floppy drive and pulling it out very quickly.
When I inquired as to what she was doing, she said she
was shopping on the Internet and they kept asking for a
credit card number, so she was using the ATM 'thingy.'

I recently saw a distraught young lady weeping beside her
car. 'Do you need some help?' I asked. She replied, 'I knew
I should have replaced the battery to this remote door
unlocker. Now I can't get into my car. Do you think they
(pointing to a distant convenience store) would have a
battery to fit this?'

'No, just this remote thingy,' she answered, handing it
and the car keys to me. As I took the key and manually unlocked the door, I replied,
'Why don't you drive over there and check about the batteries. It's a long walk....'

PLEASE just sit still before you hurt yourself !!!

Several years ago, we had an Intern who was none too swift. One day she was typing and turned to a secretary and said, 'I'm almost out of typing paper. What do I do?' 'Just use paper from the photocopier', the secretary told her. With that, the intern took her last remaining blank piece
of paper, put it on the photocopier and proceeded to make five 'blank' copies.

Brunette, by the way!!

A mother calls 911 very worried asking the dispatcher if she needs to take her kid to the emergency room, the kid had eaten ants. The dispatcher tells her to give the kid some Benadryl and he should be fine, the mother says, 'I just gave him some ant killer......'
Dispatcher: 'Rush him in to emergency right now!'
Rod
aka mt

Yes as to McDonald's and the store , I guess the recent and their "offspring" will be hurting. I just shake my head sometimes. Scary to see what will happen in the future. :Shake:shake:


Sent from my iPhone using Tapatalk
06 infrared base
date purchased oct 4th 2012 at the time she had 20758 miles on her.

I think they are already trying to shape our future, just look at the last election results.
Robert (BB)

First Robin said:
I think they are already trying to shape our future, just look at the last election results.
Click to expand...

Actually, I'd rather not remind myself of the last election results...
Rod
aka mt 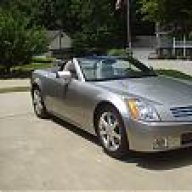 You need to remember they multiply and than vote. Scarey isn't it. Doug-J

Like Rabbits, except Rabbits haven't started voting so far as I know now.
Robert (BB)

They might be in Illinois!! I know dead people are voting in Chicago!!


First Robin said:
Like Rabbits, except Rabbits haven't started voting so far as I know now.
Click to expand...

Hey Cubby do you guys got ZOMBIES penned up out there?


Sent from my iPhone using Tapatalk Thanks Dan
WENDY & DAN