A Long Way from Motown: We tackle some of Europe's fastest and most challenging roads... In a Cadillac

The Porsches don't want to play. Over 1000 hard-charging miles in two days across Germany, Austria, and Italy, and not one appears in the Cadillac's sights. Which is a pity, because our wedgy, quad-piped XLR-V is locked and loaded for 911s.

Whoa! Back up a minute! Did I just say we went chasing Porsches...in a Cadillac? In Germany? Um, yah. Because that's exactly what we did. And while the 911s proved elusive, no one -- apart from a lunatic in a black BMW 645i convertible who kept the hammer down in a speed-limited construction zone-passed our XLR-V on the autobahnen. Not the silver-haired guy in the big, black Audi S8 with Wuppertal plates. Nor the guy in the E46 M3 who tried to run with us near Nuremburg. Nor even the guy in the AMG Benz who gave us a cold, hard stare after we blew by him near Mainz. They couldn't keep up.

"Let your plans be dark and impenetrable as night, and when you move, fall like a thunderbolt." - Sun Tzu
R

I can relate to the comments in this article as I own a 2009 XLR which I shipped over from the States to Europe. I just picked it up a few weeks ago in Antwerp and drove it up to Amsterdam and then down to Rome - all in all 2,000 miles in 5 days - I drove the highways and byways of Belgium, the Netherlands, France and Italy at speeds that sometimes reached 150 mph. There is something exhilirating about driving a V8 powered Cadillac in Europe because of the sense of freedom you encounter relative to driving in the US. Although Germany is the country that still has parts of its highway system that have un-restricted speed sections, the rest of Europe's highway system still allows relatively easy access to a car's top speed. More important than the presence or lack of the highway patrol is the discipline of other drivers to stay in their lane and not wander into the left lane when you are trying to pass them at twice their speed. This simply does not exist in the US and if you did manage it you would so startle other drivers that they would think it was a foreign invasion and dial 911 from their mobile phones! 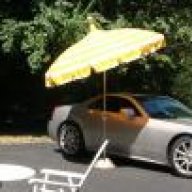 I pulled this photo out of the article mentioned above. Do you think we will find anything like this on the way to Colorado? It reminds me of the "crooked street" in San Francisco. It also reminds me of the song,"two steps forward and one step back."

IndyXLRVGuy said:
I pulled this photo out of the article mentioned above. Do you think we will find anything like this on the way to Colorado? It reminds me of the "crooked street" in San Francisco. It also reminds me of the song,"two steps forward and one step back."
Click to expand...


Not on the way to Colorado, after you get here I can show you some pretty wild roads, bring your helmet.

I have driven the Passo dello Stelvio (the photo) in a C6 Corvette - beautiful scenery but hard work. For a great and challenging drive one of the best roads is the Autostrada dei Fiori in Italy. This is the highway that runs from the border with France down to Livorno. I have attached a link for some images of what it looks like on Google Images: http://images.google.com/images?hl=en&source=hp&q=Autostrada+dei+fiori&gbv=2&aq=f&oq=&aqi=

Especially on race weekend in Monaco when sports cars and sedans of all types head to France you can find yourself drafting along in a conga line at 130 mph through tunnels and over gorges.

IndyXLRVGuy said:
I pulled this photo out of the article mentioned above. Do you think we will find anything like this on the way to Colorado? It reminds me of the "crooked street" in San Francisco. It also reminds me of the song,"two steps forward and one step back."
Click to expand...


If we take the right route to Scotties Castle you will get a taste of that. Best road in colroado are on the west side of the rockies and around Estes Park. I plan on taking extra time on this trip to wear out my tires.

Drop down to Arizona and do Devil's Highway. 90 miles of pure switchbacks.
R

I used to ski in Vail and once drove on I-70 in a blizzard at a rate of speed which if I repeated today would give me heart palpitations - ah youth! Anyway I was trying to locate roads on a map but am having trouble. Im always looking for great driving roads but perhaps you can be a bit more specific? thanks
You must log in or register to reply here.