Another strange thing with the roof 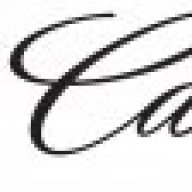 no problems with the roof for about a year.
Operated it maybe 5 times since then, but now ... tadaaa ... it won't open.

The sequence:
Front tonneau opens, trunk opens, head latch is released, roof is retracted in the rear, BUT
now the rear tonneau will not come down / extend.
It looks like it's trying to extract the rear tonneau although it's already retracted.
And yes, when I pull it down by hand with the latches released it's extracting again.

So I took a Tech2 and looked for the sensors. All counts are fine, but the rear tonneau movement goes
in the wrong direction. Is this a valve problem?

I took a screen shot from my Tech2.

Really strange, don't know what to do next.
And one more thing that bothers me: In the Tech2 it says open or closed.
Is open = retracted or extended?

Thanks for help,
Sammy