...how would you rebuild it and run it? How would you structure the new GM's North American lineup?

We've heard a lot about how GM is currently re-inventing itself into a leaner, meaner automotive manufacturer, but given the four major brands that GM is going to work with; Buick, Cadillac, Chevrolet, and GMC, what would you do with each brand as part of the reinvention?

In formulating answers, keep in mind the following facts:

JMO Learn how to market the product. Actually listen to the consumer and what they want. Don't build a car that you think they should be driving build cars they want to drive.

Sell Buick to the Chinese. 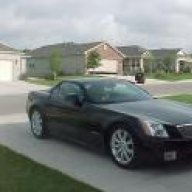 Get rid of everything except Cadillac, Chevy, and GMC. Move all trucks to GMC. Go back to a green version of the full size , one mid size and one compact sedan. One mid size and one full size SUV(All divisions). Give Chevy the performance cars. (Corvette is unbeatable) Camero, Some type of Fire Bird and a Racing Division (for all GM products).

Cadillac gets an Eldorado Convertable.

All manufactureing moves to Texas!!
Tom
"Failure is always an option!"
M

Put everyone on a Paid Performance Plan.

Work hard, maintain high build quality and you make money.
Fail in either area and you make less money - much less.
Continue to fail = terminate.

I agree on the pay by performance aspect of the workers. Maybe then they would have more pride and actually work instead of finding ways to get paid more and do less. The same should hold true for pro sports teams....The only team that gets paid is the team that wins. Then we would have some excitement worth paying for.
M

Curious, Mswaim, do you limit PFP for/to the automotive industry only??
M

Nope; I believe it's the best way to truly compensate those willing to produce at a higher level.

Even my position provides up to an additional 30% if I meet and/or exceed my annually established objectives. And believe me; I exceed my objectives = that 30% buys a lot of wine and cigars!!
You must log in or register to reply here.

B
May be an interesting read about On-Star services