This is Funny-If your married.

You have two choices in life:
You can stay single and be miserable,
or get married and wish you were dead.​


At a cocktail party, one woman said to another, ​


"Aren't you wearing your wedding ring on the wrong finger?"


A lady inserted an ad in​

Next day she received a hundred letters.
They all said the same thing:
"You can have mine."​

When a woman steals your husband,

is no better revenge than to let her keep him. ​


A woman is incomplete until she is married. Then she is finished . ​

A little boy asked his father,

"Daddy, how much does it cost to get married?"

"Is it true Dad, that in some parts of Africa

a man doesn't know his wife until he marries her?"
Dad replied, "That happens in every country, son."​


Then there was a woman who said,​


"I never knew what real happiness was until I got married,


Marriage is the triumph of imagination over intelligence. ​

If you want your spouse to listen and

pay strict attention to every word


Just think, if it weren't for marriage, men would go through life thinking they had no faults at all. ​


Dear Lord, I pray for: Wisdom, To understand a man, to Love and to forgive him, and for patience for his moods. Because Lord, if I pray for Strength I'll just beat him to death" ​

AND NOW FOR THE FAVORITE!!!​


Husband and wife are waiting at the bus stop with their nine children. A blind man joins them after a few minutes. When the bus arrives, they find it overloaded and only the wife and the nine kids are able to fit onto the bus. ​

So the husband and the blind man decide to walk. After a while, the husband gets irritated by the ticking of the stick of the blind man as he taps it on the sidewalk, and says to him, "Why don't you put a piece of rubber at the end of your stick? That ticking sound is driving me crazy." ​


The blind man replies, "If you had put a rubber at the end of YOUR stick, we'd be riding the bus, so shut up.​
Beer makes everything better. 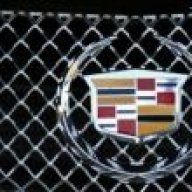 My XLR/V(s)
Not Yet. Official Photographer and Activities Director of the MMs

Super Freak...you crack me up!

Kathy
Kathy
You must log in or register to reply here.

When You Should Go For Cruise in Your XLR !!!